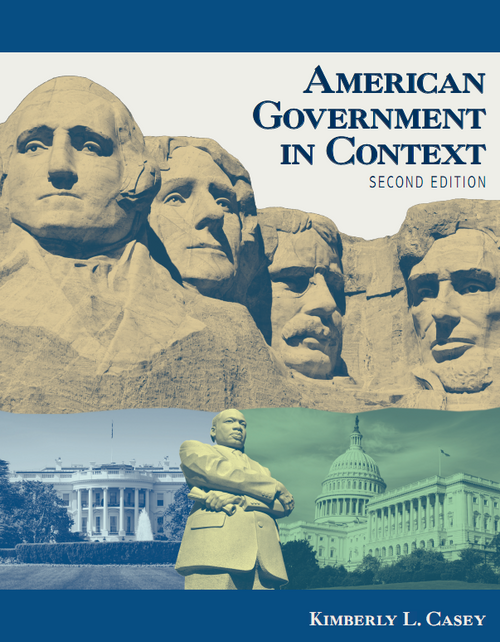 Kimberly L. Casey is Assistant Professor of Political Science at Northwestern Missouri State University. Casey teaches introductory and graduate courses in government, criminal justice, and history. Research interests include political elites, political networks, and American political development. She is currently researching the importance of political dynasties and the value of their networks during the founding of the United States.

American Government in Context seeks to chronologically address development in American government by providing additional contextual narrative through original documents. These documents either created change by the words and actions they represent, or were at least reflective of the transformation of American government politics and policies. It also provides a greater understanding of some of the important individuals or groups who have helped define the great debates in American politics.