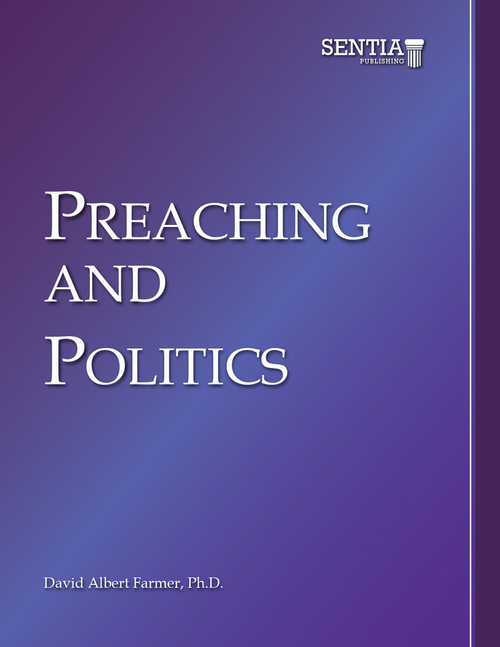 About the Book:
Preaching and Politics is an overview of how preaching has been challenged and shaped by political principles and issues particularly in the United States.  Beginning with concerns about preaching and politics in Judeo-Christian scripture and ending with a look at preaching in anticipation of the 2016 presidential election (or not), David Albert Farmer tackles such topics as Jeremiah Wright’s infamous and infamously misunderstood “God Damn America” sermon, Billy Graham’s encouragement of Richard Nixon to bomb North Vietnam, the necessity of separation of synagogue/church/mosque and state, and Archbishop Romero’s utterly tragic demise.
This book is intended to be a textbook for seminary homiletics classes and for the reader who is interested in the general subject of religion in US American experience.
About the Author:
Dr. Farmer is Affiliate Professor of Homiletics at Palmer Theological Seminary, the Seminary of Eastern University, and Pastor of Silverside Church, Wilmington, Delaware.  He is the author of four books including And Blessed Is She:  Sermons by Women for which he received a commendation in 2015 for having a book actively in print for a quarter of a century.  He edited Pulpit Digest for 18 years and founded The African American Pulpit.