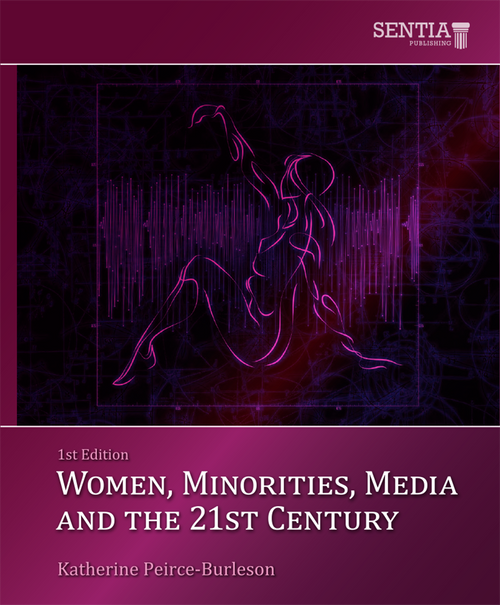 Katherine Peirce-Burleson is Professor of journalism at Texas State University in San Marcos, TX. She teaches research methods on the undergraduate and graduate levels, media and society on the graduate level, copy editing for undergraduates and gender, race and media to both undergraduates and graduate students. She has taught at Texas State since 1988 and developed the undergraduate course in gender, race and media in 1992. She has published articles and presented papers on the subject since the 1980s. She has looked at gender differences among child characters in prime-time television, stereotyped messages in teen magazines and whether or not advertising spokes - characters have to be male to please audiences (they do not). Dr. Peirce-Burleson earned her B.A. and M.A. degrees from Florida State University and her Ph.D. from the University of Texas at Austin. Before joining Texas State University, she taught at the University of Alabama at Birmingham.

It is a book about gender, race and media from a social science perspective. It is grounded in gender-role-acquisition theory, feminist theory and racial identity theory. It includes discussion of socialization forces other than media and chapters devoted to the coverage of women and minorities in various media and the experience of women and minorities working in media. The text is aimed at upper-level undergraduates and graduate students.