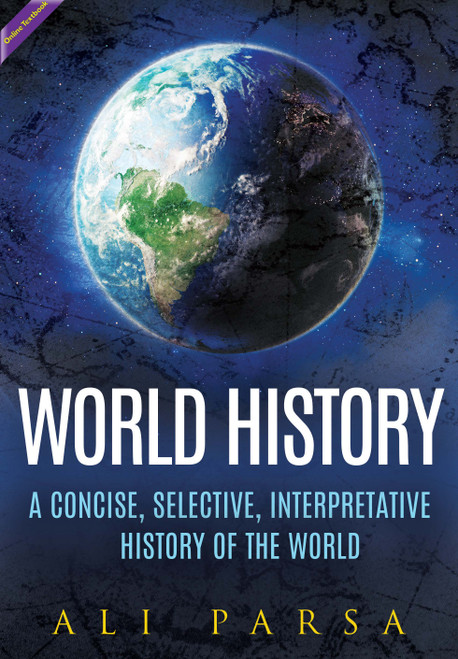 Born in Tehran, Iran, Ali Parsa came to the US to study architecture, biochemistry, and philosophy. He then received a double masters at UCLA in history and Islamic/religious studies, followed by a Ph.D. in history. He has been teaching world history, comparative religions, humanities, architecture, philosophy of religion, and gender and religion at universities and colleges in California since 1998.

As a young man, Parsa returned to Iran in 1979 to join the revolution against the shah, and though he had to escape back to the US after Khomeini came to power, he continued his political activities against the Iranian regime to promote religious freedom, equality, and women’s rights.

Dr. Parsa seeks ways for people to appreciate different points of view that go beyond political correctness. To that end, he calls for a paradigm shift to encompass new sciences—quantum, relativity, new cosmology—and a corresponding reinterpretation of human history.

His last book, The Mind of the Historian: Causation on Philosophy of History, which reveals unavoidable biases of historians, is used in graduate-level classes in historiography.

Dr. Parsa lives in Southern California with his wife and three children.