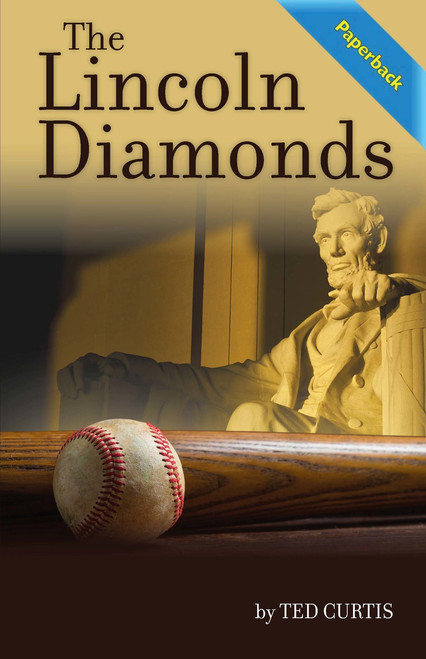 One of the great American campfire stories is that President Abraham Lincoln was assassinated as retaliation for hiding a treasure so valuable that, if taken by the Confederacy, it would destroy the Union and, consequently, bring down the United States of America. That treasure became known as The Lincoln Diamonds.

None of this really matters much to grad student and Bronx native, Ben Harrison, who spends nearly every summer day either watching over his teenage cousin Robert at Yankee Stadium, or working on his master’s thesis on legal history. That is, until Ben researches the private files of Kenesaw Mountain Landis – baseball’s first commissioner and former federal judge with ties to Lincoln’s cabinet – and finds an old baseball card with cryptic messages.

With his teenage cousin Robert in tow, and shadowy characters at every turn, Ben soon finds himself on a secret trail throughout the game of baseball and its legendary ballparks…all leading to a real, live hunt to find the greatest of American treasures.

Ted Curtis is a professor of sports management at Lynn University in Boca Raton, FL. Prior to joining academia, Curtis served as a sports attorney representing athletes, universities, and other sports properties. An award-winning journalist, Curtis has covered the convergence of sports, business, and law for more than 25 years. He is a graduate of Tufts University and the Cardozo School of Law. He has two children and lives in South Florida.