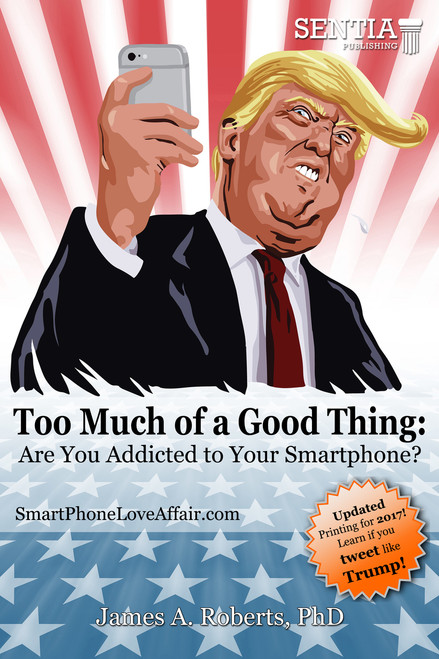 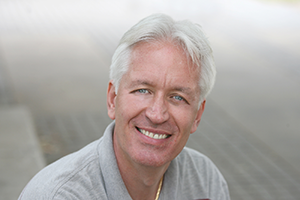 James A. Roberts is a well-known author with approximately 100 articles published in the academic literature. He is currently the Ben H. Williams Professor of Marketing at Baylor University in Waco, Texas where he has been a faculty member since 1991. “Too Much of a Good Thing” (his second book) follows closely on the heels of his highly successful first book, “Shiny Objects”, which focused its attention on how our love of money and material possessions impacts our happiness.

Dr. Roberts is a nationally recognized expert on human/consumer behavior and has studied one form or another of addictive behavior for the past 15 years. He has been quoted extensively in the media and has appeared on the CBS Early Show, ABC World News Tonight, NBC’s The Today Show, Yahoo.com’s “The Daily Ticker”, and has been quoted or featured on The O’Reilly Factor, US News & World Report, the New York Times, USA Today, The Wall Street Journal, National Public Radio, Cosmopolitan Magazine, Yahoo! Tech (one million page views), and countless other newspapers, magazines, websites, and television appearances.

With his current effort, Dr. Roberts asks readers if they may be getting “Too Much of a Good Thing” regarding their smartphone use. This is no hoity-toity treatise but a fun and humorous look at our attachment (addiction?) to our smart phones. In chapter two you can respond to 12 short statements and see for yourself. Are you addicted to your smart phone? And, if you are, “What’s the big deal?” In chapter three, experts tell us whether we can actually be addicted to our smart phones. The act of phubbing (phone snubbing) and its impact on your relationships is broached in chapters 4-6.

But the fun doesn’t stop there. Chapter seven offers a crash course on smart phone etiquette while chapter eight shares some interesting (and often sobering) facts about driving while distracted. Chapter nine debunks the four myths about multitasking and how our phones may undermine our productivity at school and work. Finally, he offers some easy solutions to all this telephony. Smart Phone Smack Down is all about carving out some time away from your smart phone so you can explore all the wonders available off-line if you just take a few minutes to power down. This is a life changing book and a journey that Dr. Roberts looks forward to sharing with you. So, put your smart phone on “airplane mode” and let’s get started.

Bonus chapter! Already a classic, the 2017 updated edition of “Smartphone Love affair” contains a new chapter on our Commander-in-Chief’s Twitter habits. Is president Donald J. Trump addicted to Twitter? Are you addicted to Twitter? Read this exciting “Bonus Chapter” to find out.