Copy of The Liberation of Skin (Michael Forney) - Paperback 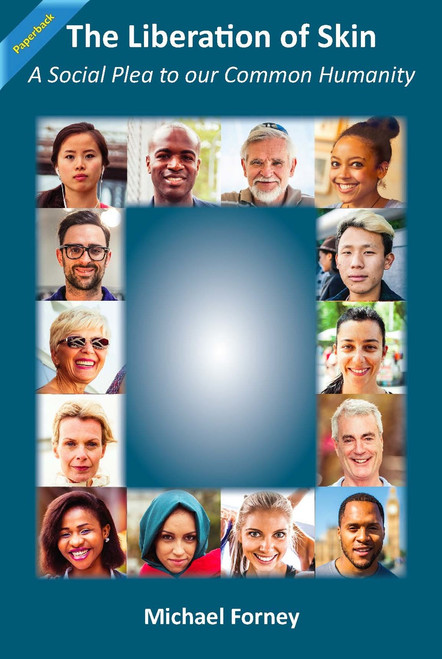 Copy of The Liberation of Skin (Michael Forney) - Paperback

Since the founding of our country, America has been artificially divided by the debilitating man-made invention called race. This mythological notion has, in many instances, commandeered both the human mind and spirit. In response to the notion’s powerful psychological grip, our society slowly began to lose sight of our innate common humanity. We have all suffered as a result.

The Liberation of Skin represents an alternative lens through which to view human activities.  Written largely independent of the harmful race notion, this book enables one to see with greater clarity our vast similarities, rather than focusing on our superficial differences. While courageously confronting some future challenges and optimistically touting some future opportunities, this work pleads for a reassessment of our current human interactions.  A more accurate social vision is needed in order to truly experience enhanced social harmony.

Michael O. Forney, currently serves as a professor of economics at Austin Community College. He has served at that institution for over twenty years. He holds both an undergraduate and a graduate degree in economics. In addition to his current teaching duties, he has also taught advanced economic courses at universities in the Austin metropolitan area. Prior to his full-time teaching, he served as a labor economist at the Bureau of Labor Statistics in Washington, DC. He also served as a senior economist at the Public Utility Commission in Austin.

He is an avid world traveler who is committed to doing global humanitarian work. As a result of this work, he sees humanity as a seamless, beautiful collection of unique individuals. He is focused on doing what he can to make the world a better place for everyone to live.